ExtPay is an open-source JavaScript library that's free to try and provides a simple payment API.

Here's an example of some code you might include in your extension to check if a user has paid:

That's it! ExtPay provides the API and everything you need to take payments with very little work. When the user is ready to pay you can use ExtPay to open a payment window — the user will be marked as paid after they enter their payment information. 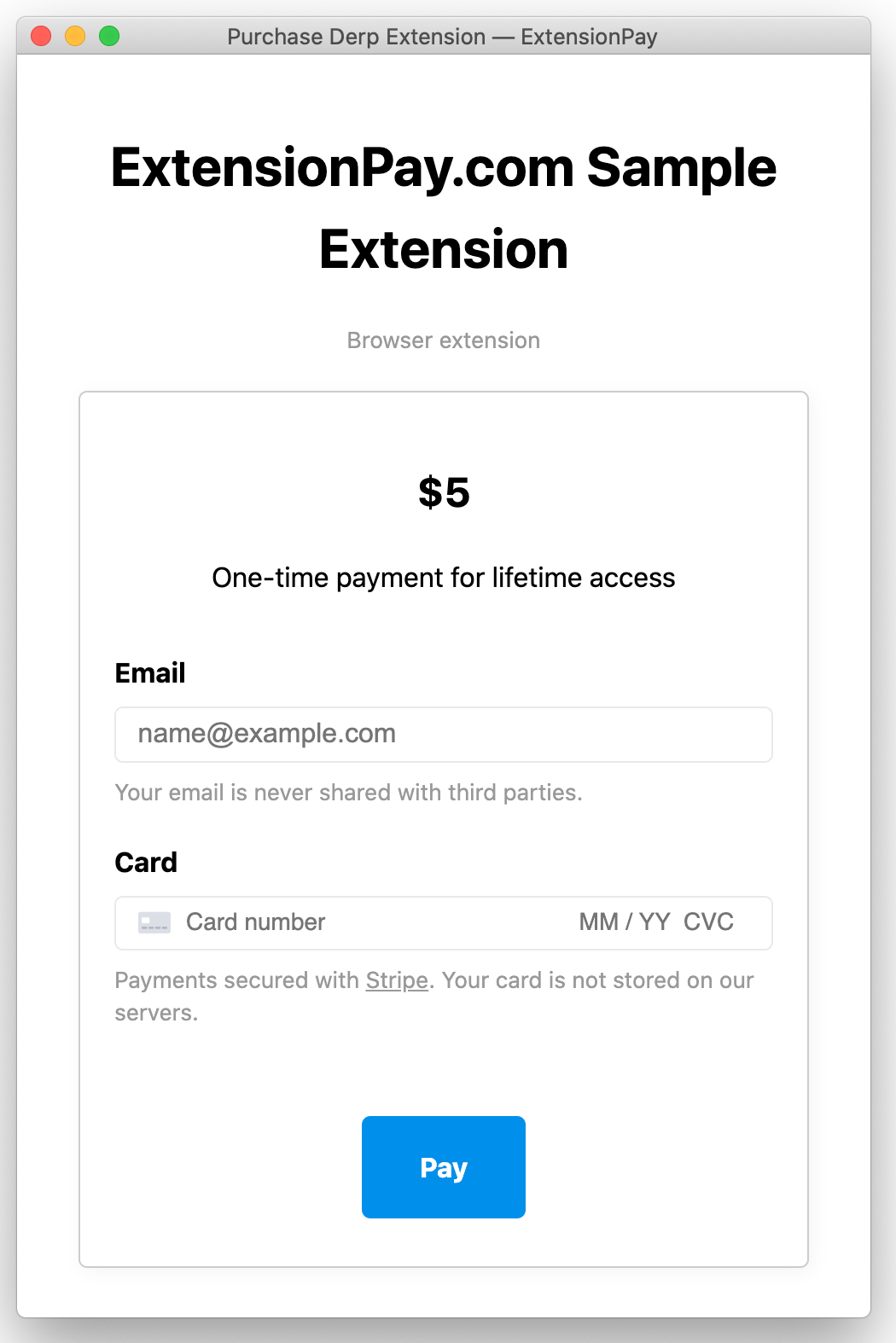 You can use ExtPay to make free trials, subscription payments, freemium or premium paid features, and more. Trying to implement payments yourself in a Chrome extension would take weeks of tedious work without ExtPay.

ExtPay uses Stripe on the backend to make sure your payments are secure. It works across all browsers with no extra work so your extension can reach users on Chrome, Edge, Firefox, Opera, Brave, Safari, and more for increased revenue. It even provides a login mechanism for paid users that want to use your extension on a different device.

Is it even possible to monetize Chrome extensions?

Many people dismiss Chrome extensions and think they can't make money because they've only used low-quality, free extensions. However, there are many high quality extensions that users will gladly pay for.

Developers have made thousands of dollars using ExtPay alone! One example is Notion Boost, an extension that adds much-needed features to the Notion app.

Other options for monetizing Chrome Extensions

In our opinion, charging for paid features with ExtPay is one of the best ways to monetize Chrome extensions. Frankly, the other options are unappealing and sketchy.

Ads — There are a lot of very suspicious ad networks that will reach out to Chrome extension developers asking them to put ads in their extensions. Ads seem like an easy way to make money since they don't require users to pay. However, ads don't seem to pay very well, may contain spyware, and degrade the user experience of your extension.

Include third party code — This is a very bad idea. Third-party code is code you include in your extension from untrusted sources. Some third party code can track your users' private information, alter the websites they visit, use their CPU to mine cryptocurrency, or inject intrusive ads.

How do I start taking Chrome extension payments with ExtPay?

The easiest way to get started taking payments in Chrome extensions with ExtPay is to sign up on the ExtPay website!

After you sign up you'll be walked through the process of integrating ExtPay into your extension. You can also check the ExtPay Github page for more detailed information about how to use ExtPay in your extension or check out the sample extension.